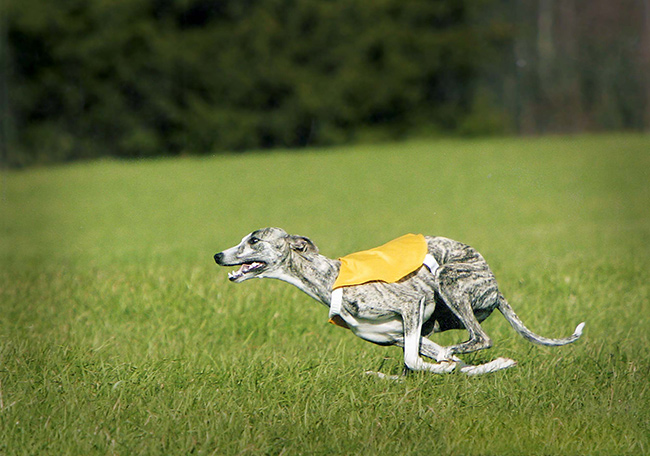 Between my children, career and dogs, I am kept very busy at striving to maintain high levels of achievement and success equally in each area. Shortly after my daughter was born, I became an active participant in the dog show world. In 1974, I acquired my first show dog, a Doberman Pinscher. The Doberman ring proved to be very challenging, but I quickly became accustomed to the term 'Politics.' In 1982, I purchased my first Whippet puppy from Linda & Paul Garwacki (Bitterblue). Luna went on to finish her Championship and acquire her LCM in ASFA lure coursing. She was the dam of 7 champions giving her the ROM title and died at 16 years of age. Whippets have been my passion ever since. Their superior intelligence and versatility, combined with an extraordinarily compassionate character, have made Whippets a breed I will never be without. First and foremost, my Whippets are my companions and pets.  In December 2008, I became an AKC licensed judge for Whippets. 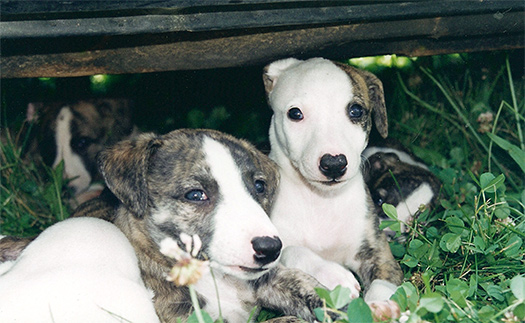 Most notably, the greatest achievements in regards to myself as a breeder in the ring, have been at the AWC National and Regional Specialty shows. In 1989, I went Best of Winners and received a Select Ribbon with a bitch I bred from the 6-9 puppy class, Ch Hamrya's Teacher's Pet. This was the first time she was ever shown. She finished with two more five point majors at Regional Specialties. Two years later, we were Best In Futurity with a three and a half months old puppy (Ch Hamrya's Ice Breaker aka Jello). This was the final year that the 3-5 month class was offered at the AWC National. This particular futurity was the largest ever, with an entry of 254 puppies. As a breeder striving to create excellence, the Futurity award was the most self gratifying and rewarding. In 2008, I was elected from a group of my peers, to judge the AWC Futurity. It was my honor to judge a group of 100 puppies, and I had a blast!

Challenging myself to create the 'perfect whippet' with soundness of body and mind is of high importance in my breeding program. I will never be ‘Breeder of the Year’ nor do I strive for this notoriety; my emphasis is on quality, not quantity, and I do not actively seek out show homes, rather, I consider those families who want to show and participate in performance events, as “icing on the cake”.

My litters are well planned, far in advance. To date, there are more than 75 bench champions and multiple dual champions that carry the “Hamrya” prefix and can be found in pedigrees around the world.